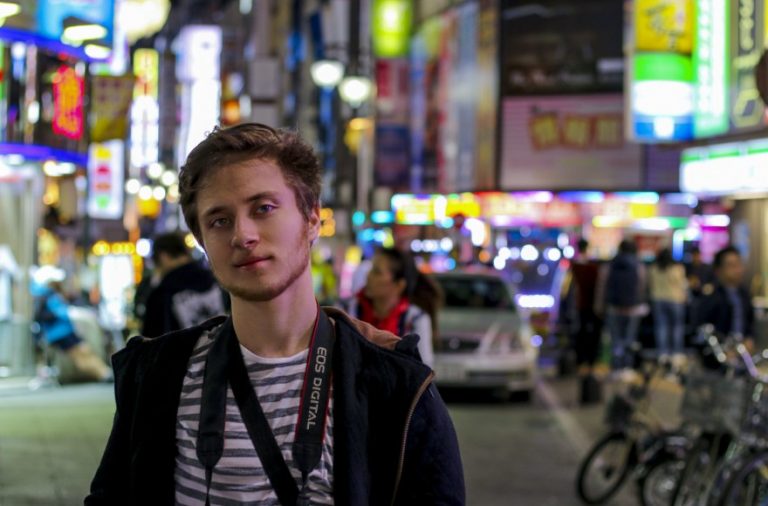 My name is Cristi Diaconu and I am currently attending a Master’s program in Tourism Business Administration, after graduating from the Bachelor’s program in International Affairs at the Romanian-American University. Professionally, I hold the position of Office Coordinator of the American Studies Center at the same University.

I can say that what I am doing now is the result of the last 6 years of my life, in which I have built, without realizing it, a beautiful way to develop myself and go through life. The first impetus was the experience of being one of the first 25 Romanian FLEX scholarship holders in 2016, through which I had the opportunity to spend my last year of high school in an American high school and to live with a host family (with whom I still keep in touch ). This period of my life, although it sounds cliché, opened my eyes and gave me the courage to do whatever I set out to do and to try new things all the time. 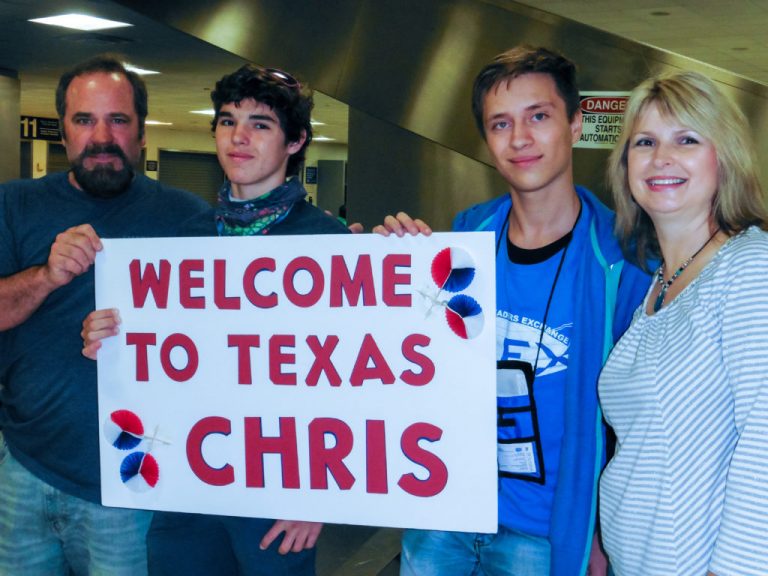 Therefore, it was not by coincidence that I ended up choosing the Romanian-American University to continue my studies. It was the desire to try new things that pushed me to choose a University where the opportunities seem limitless. Thus, I also found out about the “Angela Hondru” Center for Romanian-Japanese Studies, where I enrolled through the simple gravitational power that this center has over young people passionate about the Japanese culture, but more about that a little later.

After returning from the United States, I felt a desire to visit other countries and experience cultures that I had only heard about on television or on the Internet. Therefore, in the last 5 years, I have managed to visit 10 countries in total through scholarships, projects or simple trips. I hope that this number will continue to grow in the future and in this way, I will be able to learn as much as possible from different cultures in order to apply them in my own life and even concretely in my own country. 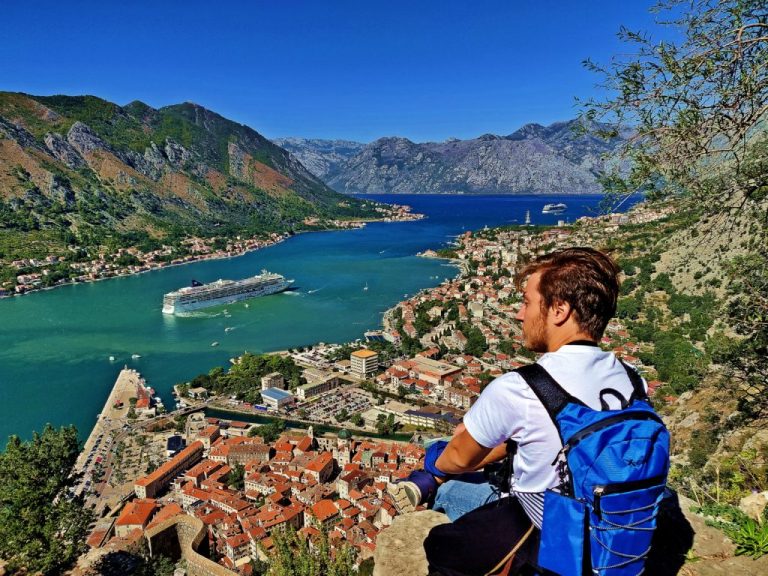 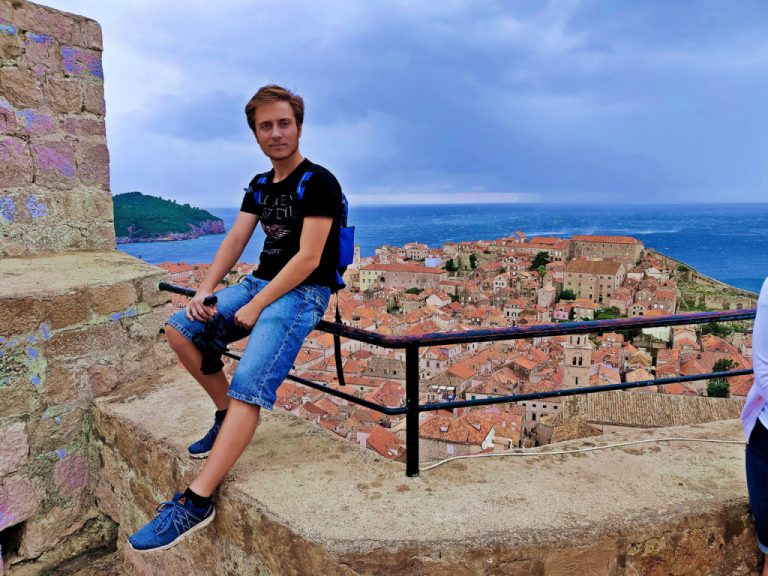 Much of the last 5 years of my life, as I mentioned earlier, were spent at CSRJ-AH. I still remember the first day I found out about this center, on a tour of the University for freshmen. As I said, this center has a kind of gravitational pull, because my tour ended once I got to the center and since then, I haven’t wanted to leave. From the first discussion with the director of the Department of Asian Studies, Mr. Șerban Georgescu, I realized that the passion with which I was told about Japan and about all the beautiful things that are done at CSRJ-AH is a passion that I would like to have myself. Of course, the initial motivation to join Japanese classes can be considered childish, starting from the simple fascination I had as a child for the anime I caught on Minimax before bed, which is hard to explain since they were dubbed in Romanian. But as time went on, the reason I learned Japanese (to understand what is spoken in anime) turned into respect: a respect for the culture, traditions, history, beauty of Japan, the values ​​of Japanese society and more.

Precisely because I spent 5 years at this center, I also have many fond memories of the beautiful CSRJ family, of which I am proud to say that I am part. Of course, this multitude of memories makes it impossible for me to choose the most beautiful of them. The opportunity to be a model in two kimono parades; involvement in organizing the most beautiful and unique Japanese-themed events in Romania with the best possible team; participation in taiko classes (Japanese drums) and joining Kodama Daiko as a member of the only band of its kind in Romania; the chance to try different Japanese traditions, such as calligraphy (which I still practice today) – all of which are like puzzle pieces to me. In the end, if a piece is missing, the puzzle is incomplete, and each piece is important. Anyway, I am sure that I need to get more puzzle pieces and that I haven’t gathered them all yet, but I am grateful I can work on this puzzle. 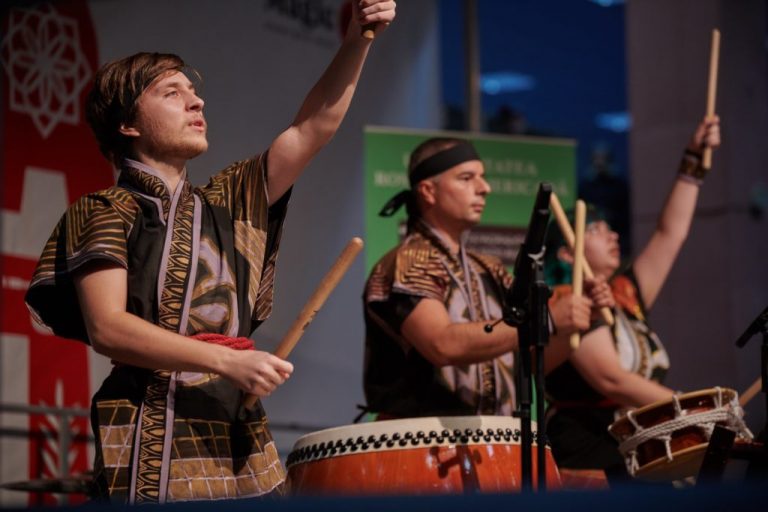 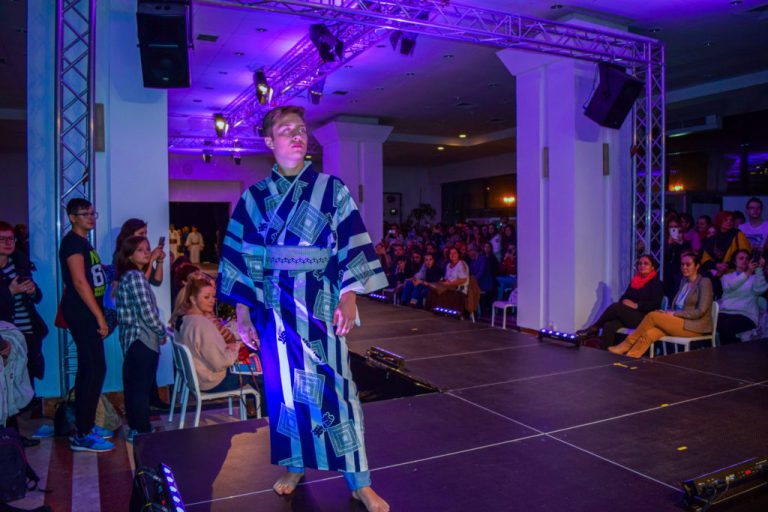 Another thing for which I am grateful to this center, but also to my University, is the chance to study for a semester at the University of Fukui in Japan. Through the Erasmus + program, I had the opportunity to be the first Romanian student to receive an Erasmus + scholarship in Japan, at the University of Fukui, a university that is ranked among the top Japanese universities in terms of the employment rate of graduates. I found out about Fukui and the University as part of the 2018 Cultural Program that CSRJ-AH organizes annually, and that city made me instantly fall in love with it and the people there. That’s why, in 2019, I chose to live in Fukui for 5 months. As for this city and the prefecture of the same name, I can say that I associate it with Maramureș or Transylvania of Japan when it comes to beauty and the hospitality and warmth of people. Many times, while walking through the streets of Fukui, I had the impression that I was in a Japanese Brașov, taking in consideration the mountains and the buildings not as high as in Tokyo or Osaka, but still a little more special because it is also near to the sea, so I went to the beach in the summer. The costs are much lower than other major cities in Japan, and from my perspective, the only difference is the lack of the subway, which makes the Japanese to consider that Fukui is more “rural”, although a simple Google search will clarify any Romanian that it is not the case. Another thing that makes this prefecture special is the many traditions that have been preserved over the years and are nationally recognized: the bamboo dolls of Echizen, the highest class knives used by world-famous chefs internationally, the manufacture of Japanese paper specific to that area, lacquered objects that are used at the imperial court and beyond. I feel very lucky that I even had the opportunity to practice many of these crafts myself through the University there, but much more fortunate that I discovered this hidden treasure of Japan: Fukui 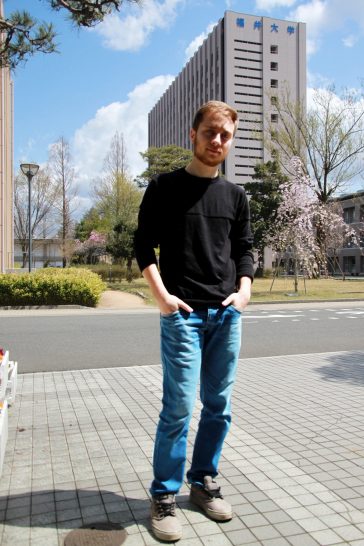 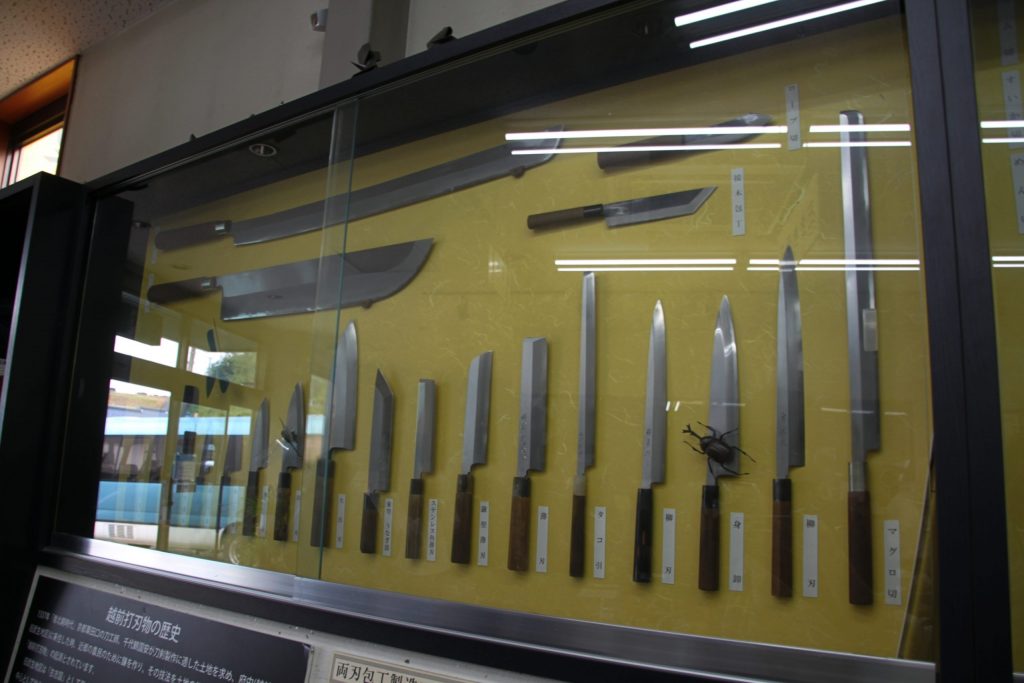 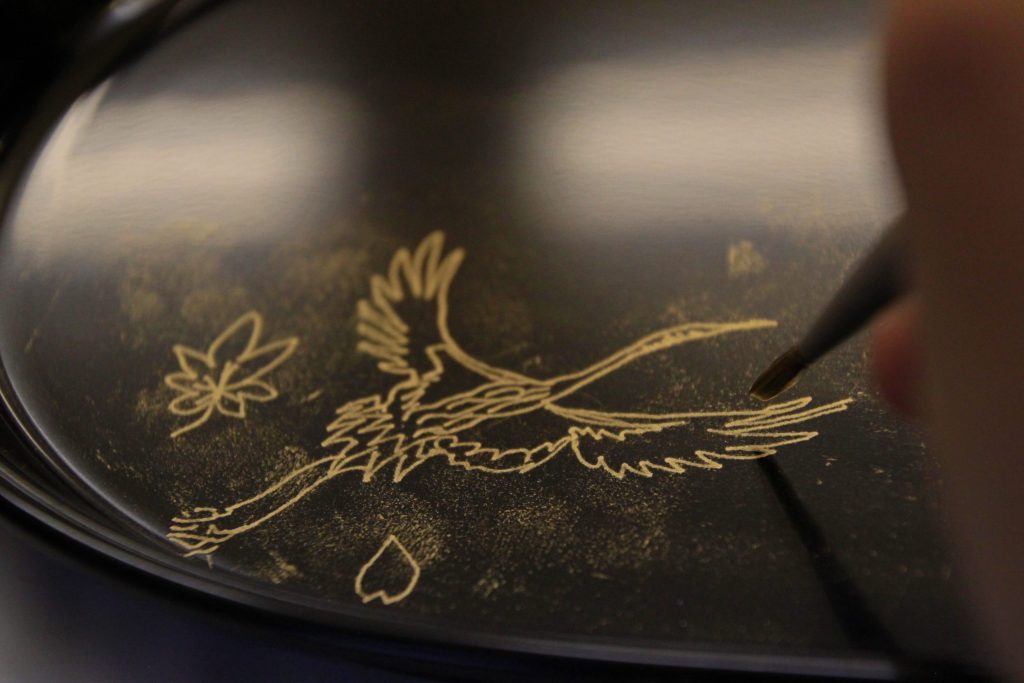 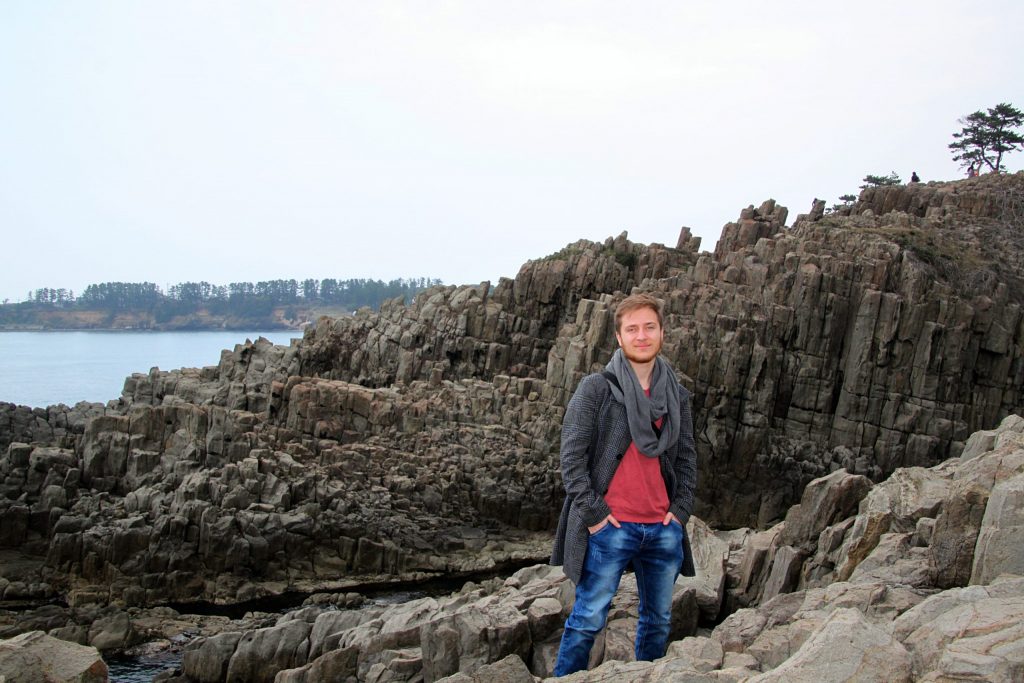 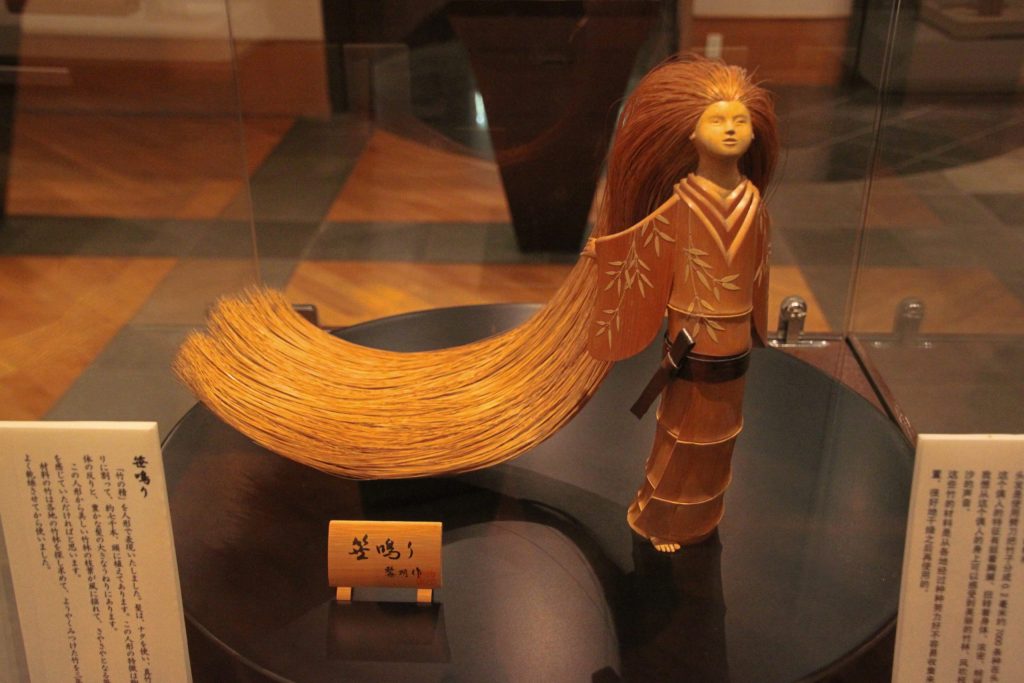 My gratitude to the Center does not end there. CSRJ-AH annually organizes the Haru Urara Grand Festa Anniversary Gala (or Aki Matsuri, depending on the season it takes place), where in addition to the amazing performances offered by Japanese artists and volunteers of the center, there is also the award ceremony for the best CSRJ-AH students. Thus, the people who do best in JLPT (Japanese language proficiency test), but also who participate in the Japanese-language speech contest, who volunteer at the center, who make an extra effort to develop as much as possible, are rewarded. In 2019, I had the honor of receiving the 2nd place award, which consisted of a round-trip flight to Japan offered by Qatar Airways (my favorite airline even before this award), and in 2020 to receive the 1st prize. but that’s another story.

Those plane tickets gave me the chance to visit Japan for a third time and see what it is like to travel alone, an experience that gave me a feeling of freedom that I had never felt before. I took this opportunity to visit places and cities I had not visited in the other two previous visits. That’s why I visited teamLabs Borderless, in Tokyo (the most exciting museum I’ve been to), participated in a tuna action at 5 in the morning at the famous Toyosu fish market, visited Yokohama where I drank a glass of champagne while viewing the sunset and Mount Fuji from the 69th floor of Yokohama Landmark Tower, I went to Hakone’s Hot Springs, took a pirate ship ride, saw the famous gate on Lake Ashi, visited Osaka Castle, and climbed to the top of Umeda Sky Building, from where I saw the whole city at night. Words cannot describe such an experience, so I invite you to watch the videos I made during this trip here on YouTube.

Because I was still reminiscing about Japan, if I had to choose my most beautiful memory, I would oscillate between two of them. The first would be climbing Mount Fuji to the summit, but the rain and clouds that blocked the sunrise makes so the first place goes to the other memory. The most beautiful memory takes place in Yamanouchi, where the monkeys bathe in hot springs. I just want that after reading, you close your eyes and imagine what I am going to describe. Dressed in yukata (traditional Japanese clothing), you go at 23:00 to the hot spring of the hotel where you are staying, after a full and tiring day. You are alone, you take off all your clothes, you wash thoroughly and you go into the outdoor thermal water. Around you, you can see a Japanese wooden building from another era, vegetation and traditional lamps. All you can hear is the whisper of a small waterfall with thermal water and small drops of rain hitting the water, which you feel touching your face from time to time. The air is cold, and steam is coming out of the pond. That describes my fondest memory of Japan. A moment of pure peace, relaxation and connection with nature, in the most authentic Japanese way possible. It was not a coincidence that I became addicted to onsen. 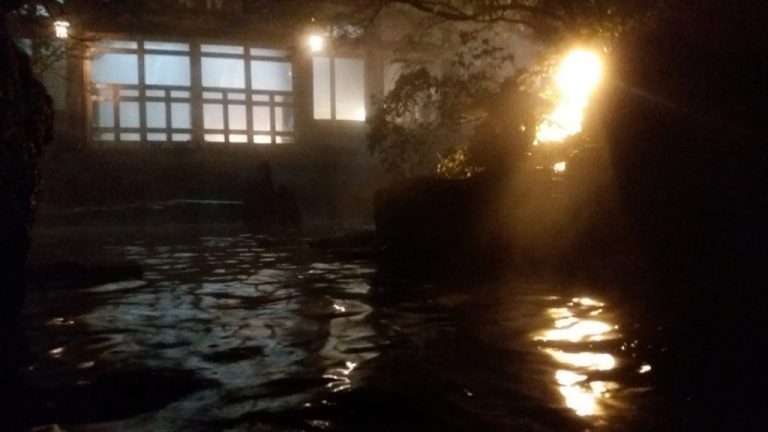 This experience was made possible by the 2018 Cultural Program, organized by CSRJ-AH in collaboration with the Free Spirit Travel agency. It was the first time I was in Japan and I am glad that it was through this program. The fact that in addition to visiting more than 10 cities and locations in two weeks, where you see the main attractions, you have the chance to discover more than just a tourist. From visits to top universities in Japan, to visiting the largest Japanese companies, right at their headquarters, but also to attend personalized workshops (for example, a workshop for wrapping chopsticks in gold leaf, wearing Heian costumes, etc. ), the experiences of this Cultural Program made me realize how much I love Japan and how much I have to learn from a country like this. 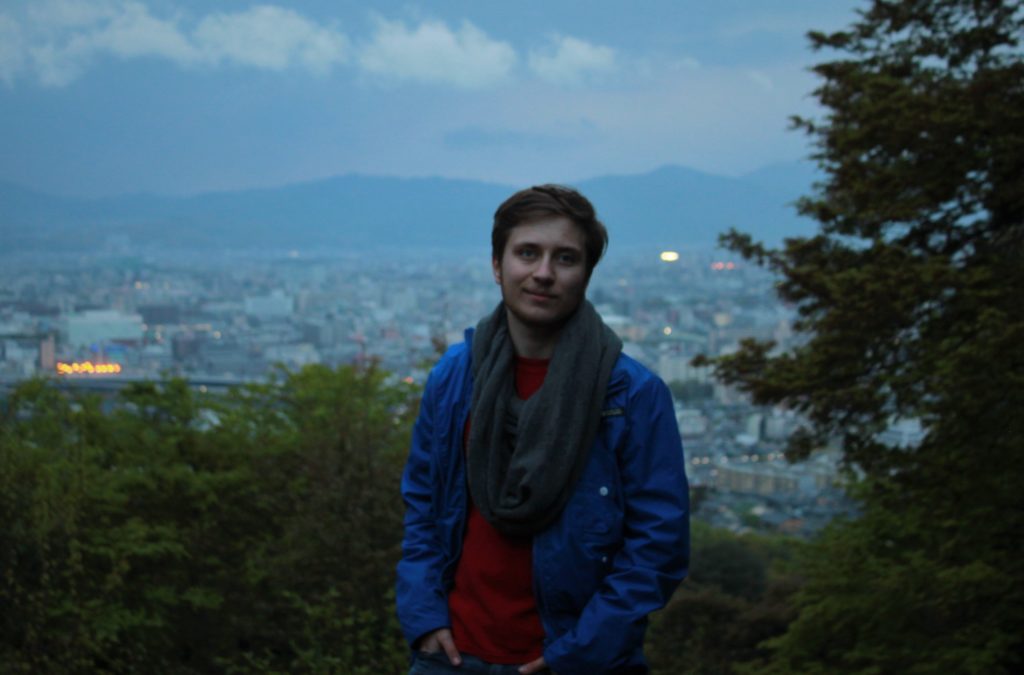 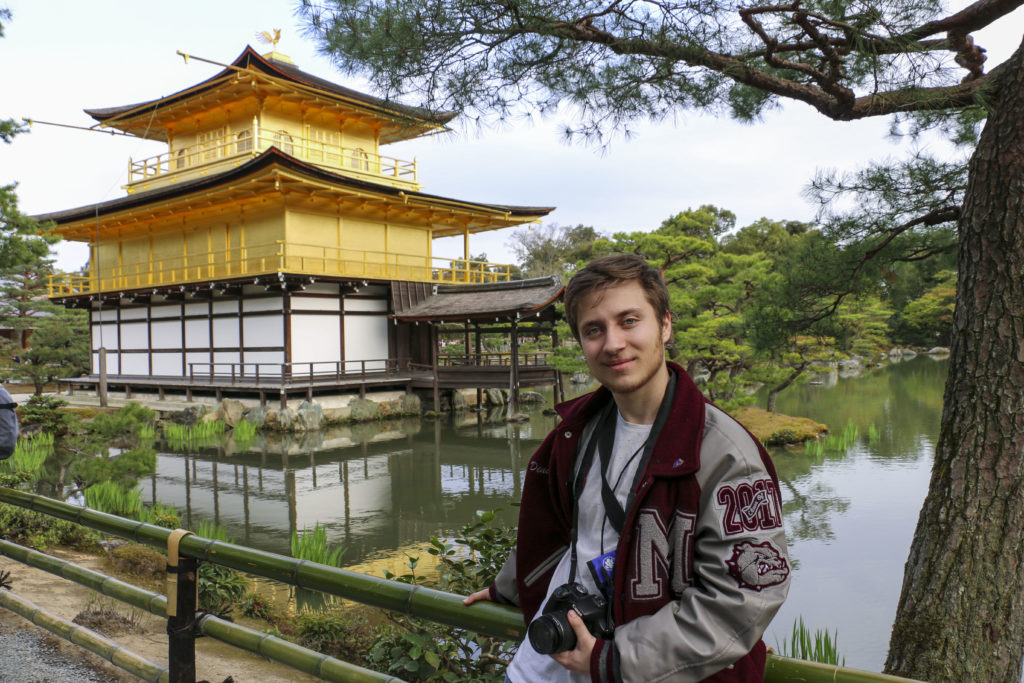 Among the lessons I learned from my visits to Japan and my studies, I consider that among the most important are the respect for others and the society (quiet during commuting, cleanliness everywhere), respect for nature and the symbiosis between it and modernity (instead of being destroyed and replaced), the interest and work done for your passion (in Japan, everything is taken to the rank of art), and last but not least, to have the common sense to recognize when someone does something better than you, learn from it and perfect it, taking it to the next level. I hope that in the future, I will see this in as many places in the world as possible, including Romania.

Therefore, I hope that the gravitational pull of the center I was talking about will attract as many people who are passionate about the new and the desire to become better. Thus, in addition to the fact that you will learn to speak a language as beautiful as Japanese, the atmosphere, the team and the experiences there are equally important arguments.